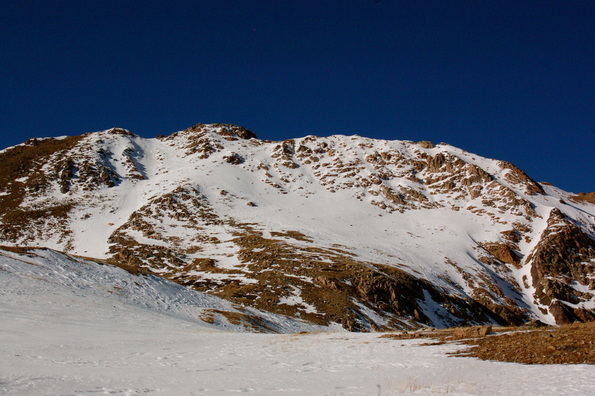 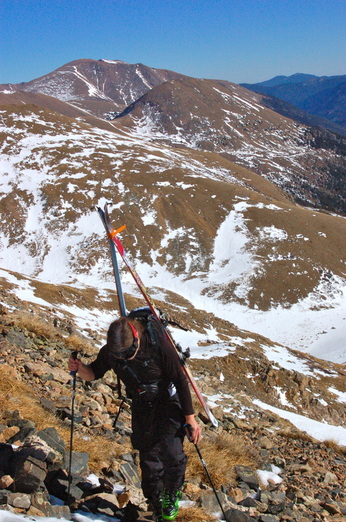 It's November 12th, 2013, and this is going down as one of the better early season snowfalls in recent memory. With all this early season snow there is no better way to get into shape for the season than to get out and poke around. A lot of my ski buddies and I have been trying to take advantage of the snow by getting out and hunting for lines. The past week we had a high pressure system come in bringing with it warm temps and bright sunshine. With that said, a lot of the earlier snow that we've had has melted off on west through east slopes and the dreaded faceting process that we are so accustomed to here in the high rockies is starting to take its toll. We knew that after a week of this weather that the snow would be suspect, but there is still fun to be had. I have been spending a lot of my time recently on the eastern side of the divide where Dry Gulch has been holding a good amount of snow and so after talking to Frank Bowman about slogging around for a mission on Hagar Mt. we had a line on our sights for the day.

Off at work at 7AM after working a graveyard shift at the hotel and Frank is at my house in DV by 730AM. We are at the gate to Dry Gulch and on our feet by 815. The road that we had to skin up last week was compacted and dry enough to the point that we were hoofing it for the first 20min of the approach. The past week of warm temps has taken its toll on the early snow, especially at the lower elevations. This caused our approach up the gulch to be much more of a pain in the ass than it should have been. We transitioned a few times back and forth trying to go with the flow of the drainage, crossing sketchy early season snow bridges and willow whacking for about 3 hours until we finally broke treeline and had a good look at our objective for the day. 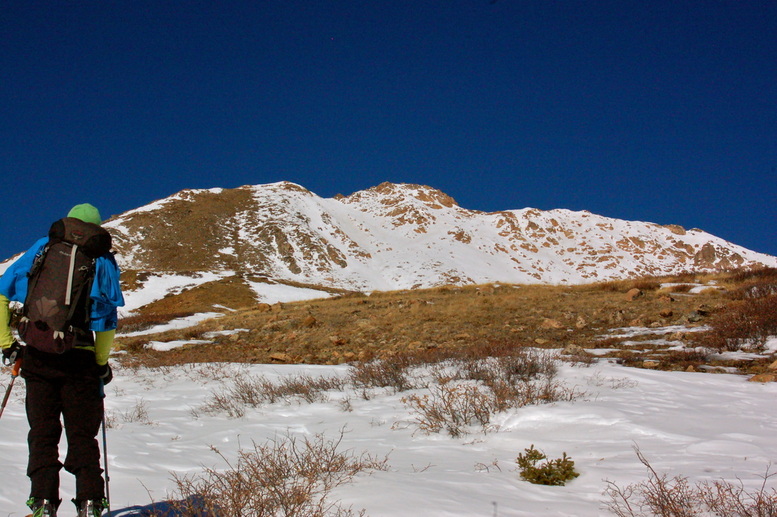 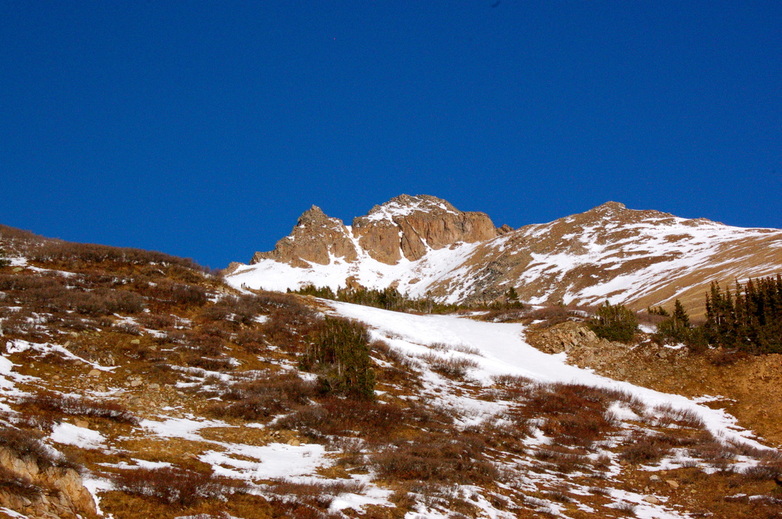 Citadel aka Snoopy. We skied the NE side last week.
We continued on up the gulch until we found ourselves at the base of our line. Most of the snow up around this area was a hard wind and sun affected slab but we kept on and worked our way up further. We reached the bottom of the line and into the center of the couloir to dig a pit. The surface was a hard wind/sun crust varying in thickness while underneath there was a well bonded base, with a layer of faceting in the middle. We also found a few more layers above the facets that were somewhat reacting to his tests. Based on what we saw we decided to still go ahead for the summit. We figured to let the snow warm up for a little bit more and dig another pit at the top of our line.  I had brought my short rope and some gear to do a belayed ski cut and pit at the top of our line because one, I love practicing this sort of stuff, and two because I knew that this would be a perfect line to do so. Up the grass and rock ramp we went to hit the ridge where we were greeted with the most spectacular views of the Gore Range! 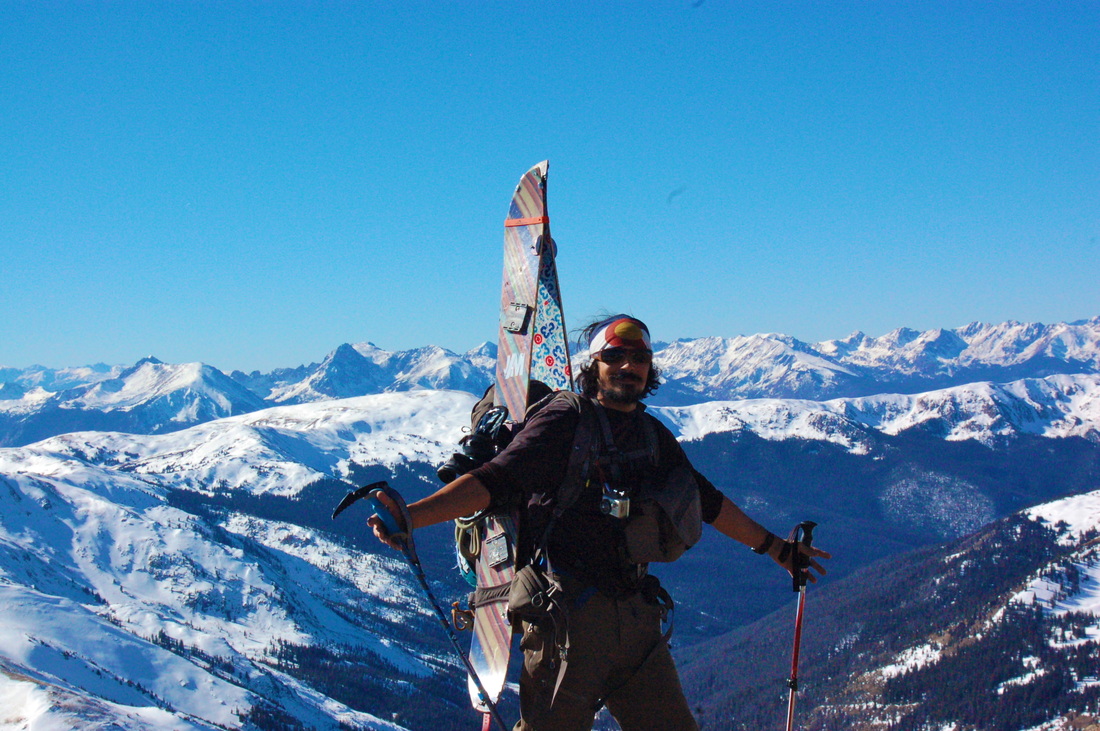 can you recognize any of the peaks? 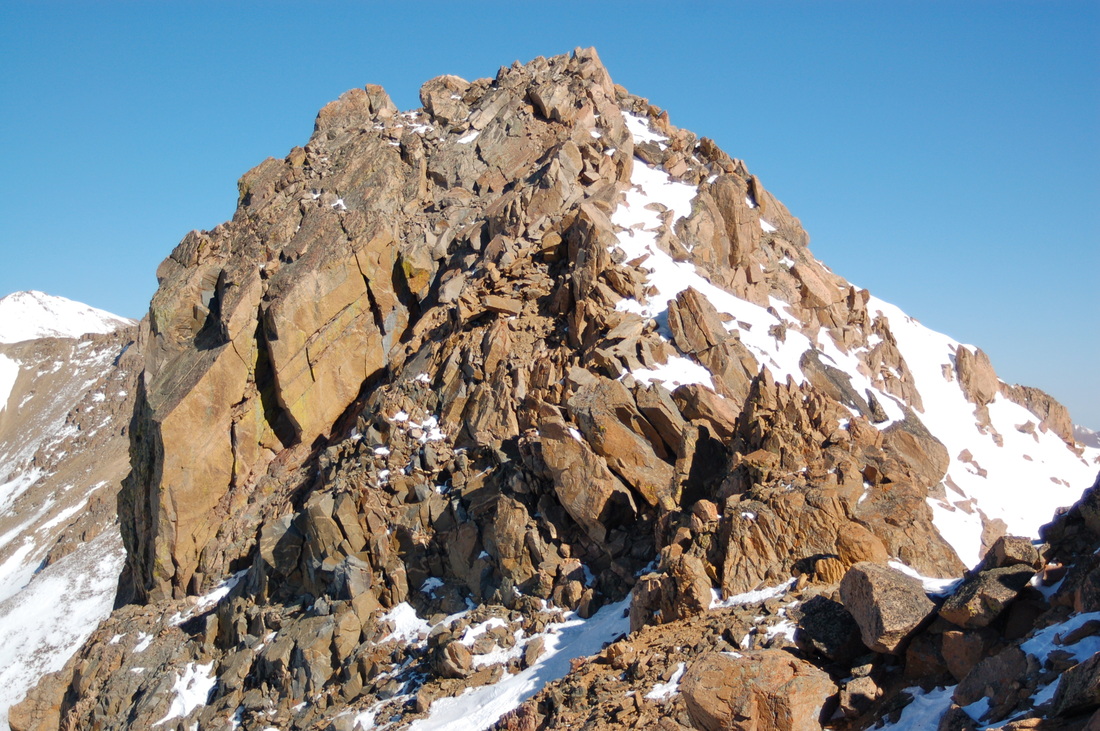 The fun scramble to the summit. 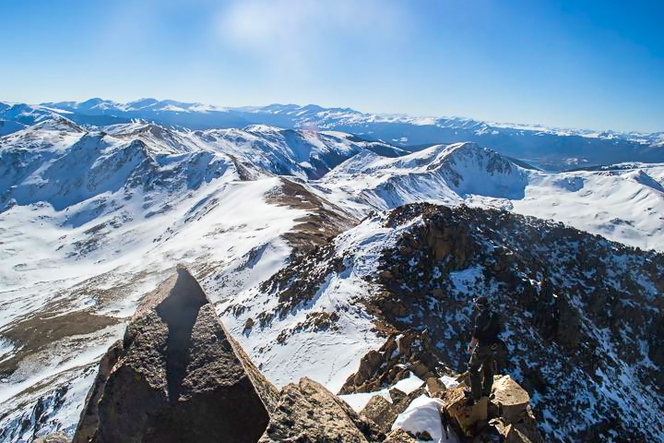 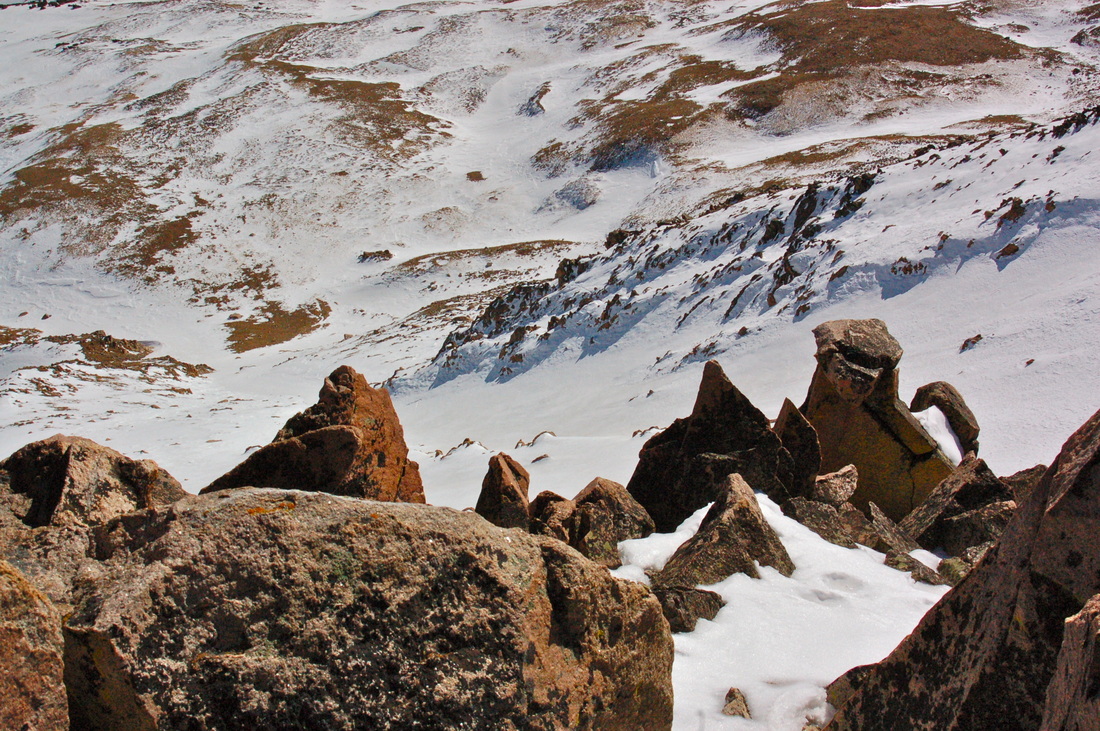 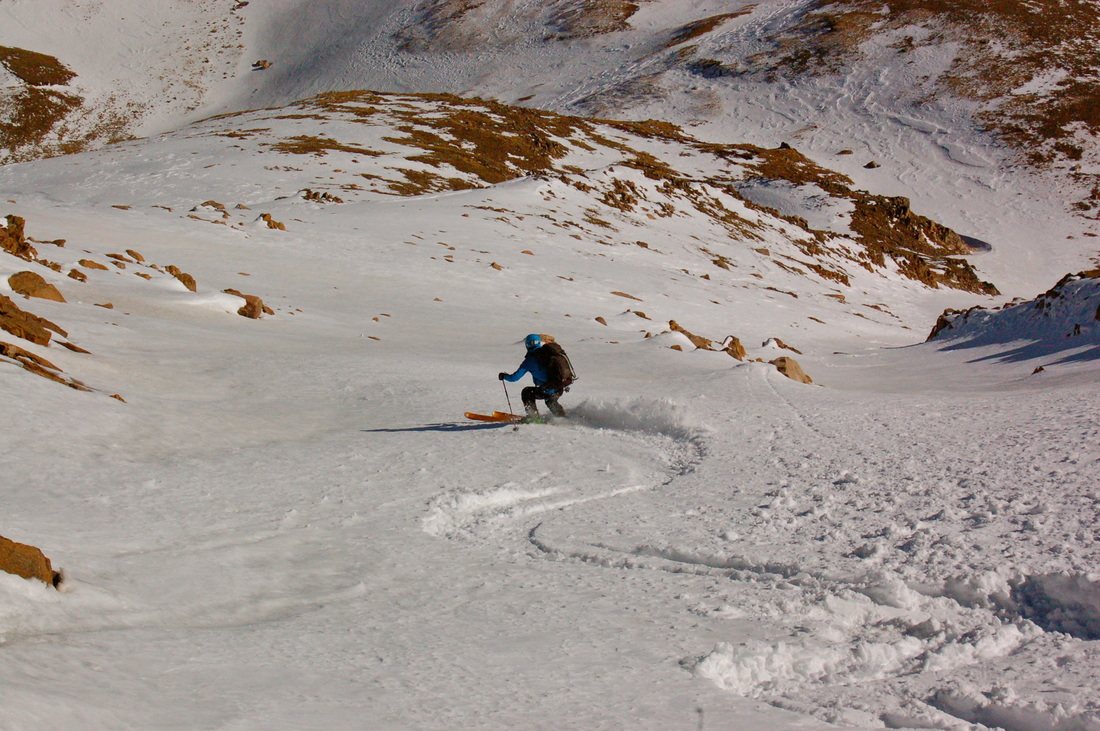 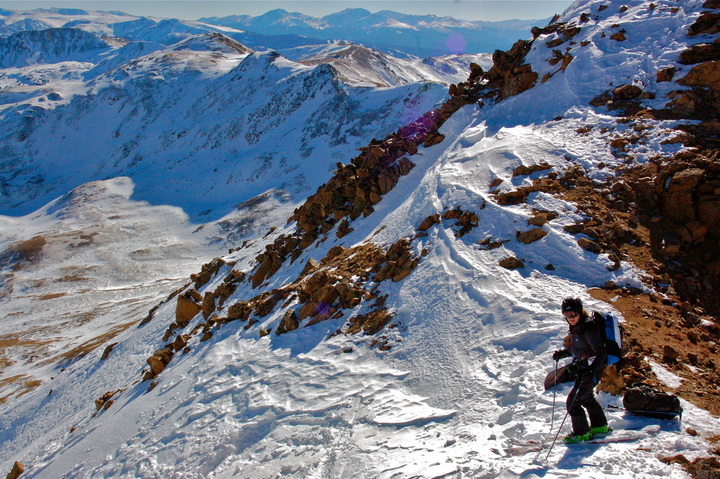 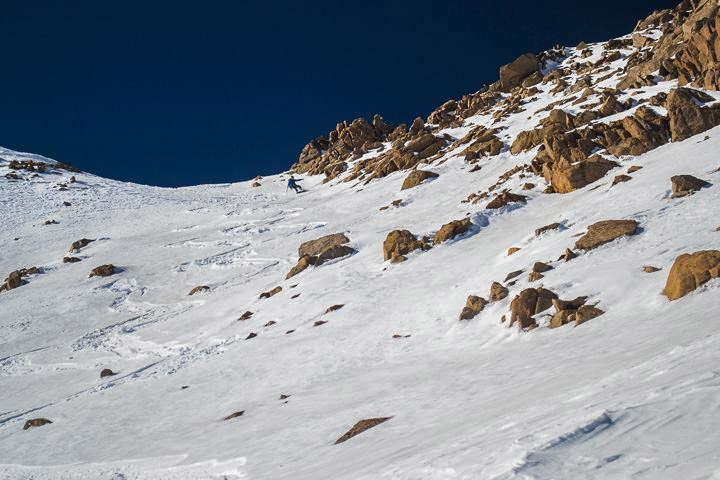 and then finally it was my turn... 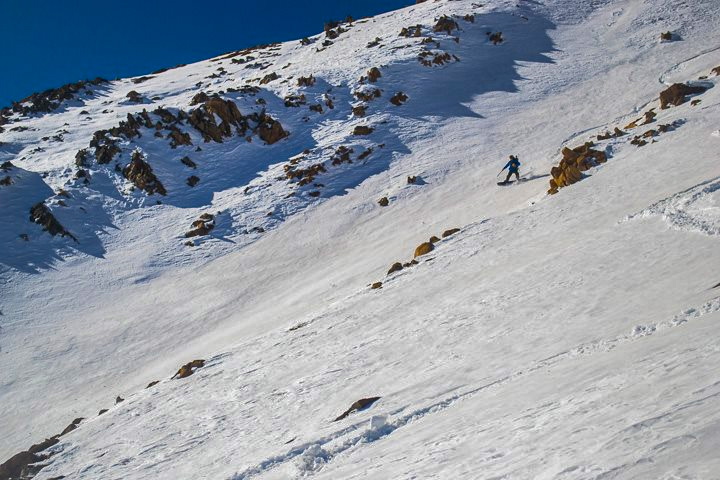 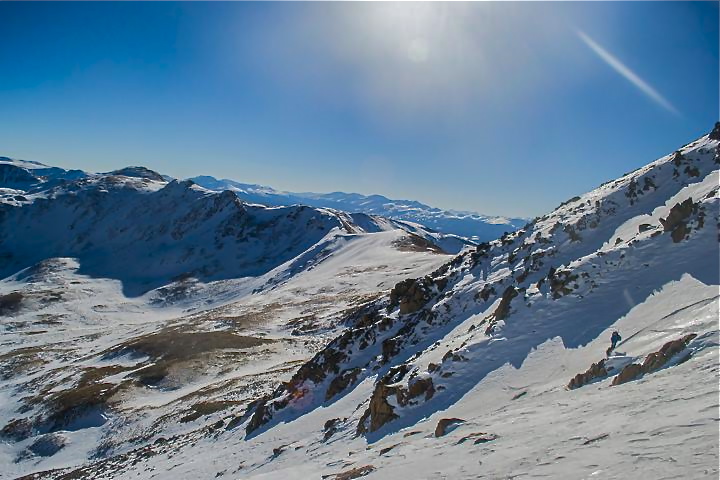 The snow ended up varying drastically from top to bottom with the top consisting mostly of fall corn and nearing the bottom being somewhat bulletproof crust. Either way it was good to check this one off the list, on Nov. 12th to say the least. This mountain has multiple lines on it and so I will be back to enjoy what this beautiful zone has to offer! 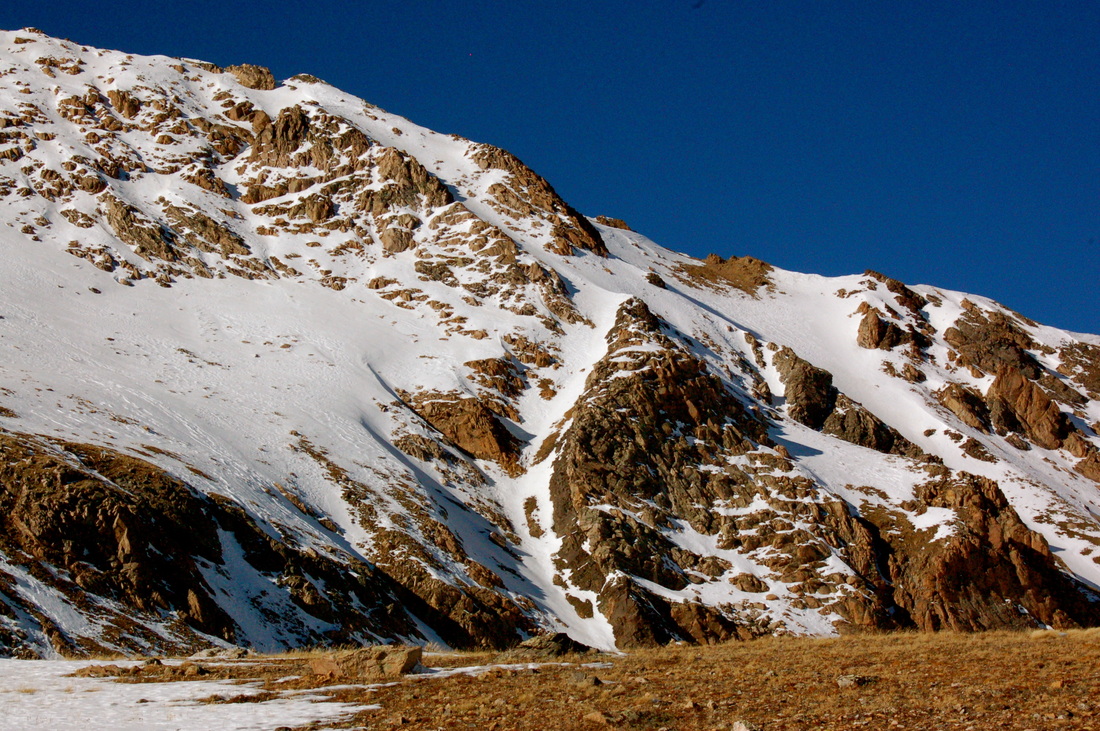 this guy is still on the list...see ya soon