Grays and Torreys in the distance
Mike, Pollo, and myself originally had wanted to try and tackle Kelso Ridge to gain the summit while the others chose to climb the couloir directly. Once we gained the ridge we made it up about 50 yards or so before deciding that this route wasn't going to work for us today. Due to the bad snow year, all that we kept encountering was one to two feet of bottomless facets and after some decision making we started to head over to the base of the coulior to join the others. At this point in time, the sun had been hitting the east face long enough for the snow to start roller-balling everywhere as well as the noise of rockfall all around. Being only about 1/4 of the way up at this point we decided to bail on the direct route and head over to the standard route across the face of Grays. We figured we would shoot for the summit and make a decision from there, ie.. tuning forks, dead dog. Once we reached the summit we all came to the conclusion that it really hadn't warmed up as much as we thought and all decided to make the go for dead dog. After a quick snack, and a couple of pics, we all started to strap-in. The steepest part of this line is gaining the couloir proper from the summit reaching over 45deg. I had my gopro with me and so I wanted to get a run top to bottom. First went Mike, then Ben, then Joel. Once they were all posted up in their safety zones, it was my turn. I enjoyed a spectacular top-bottom run of this beauty!! Watch the video on my vimeo page! 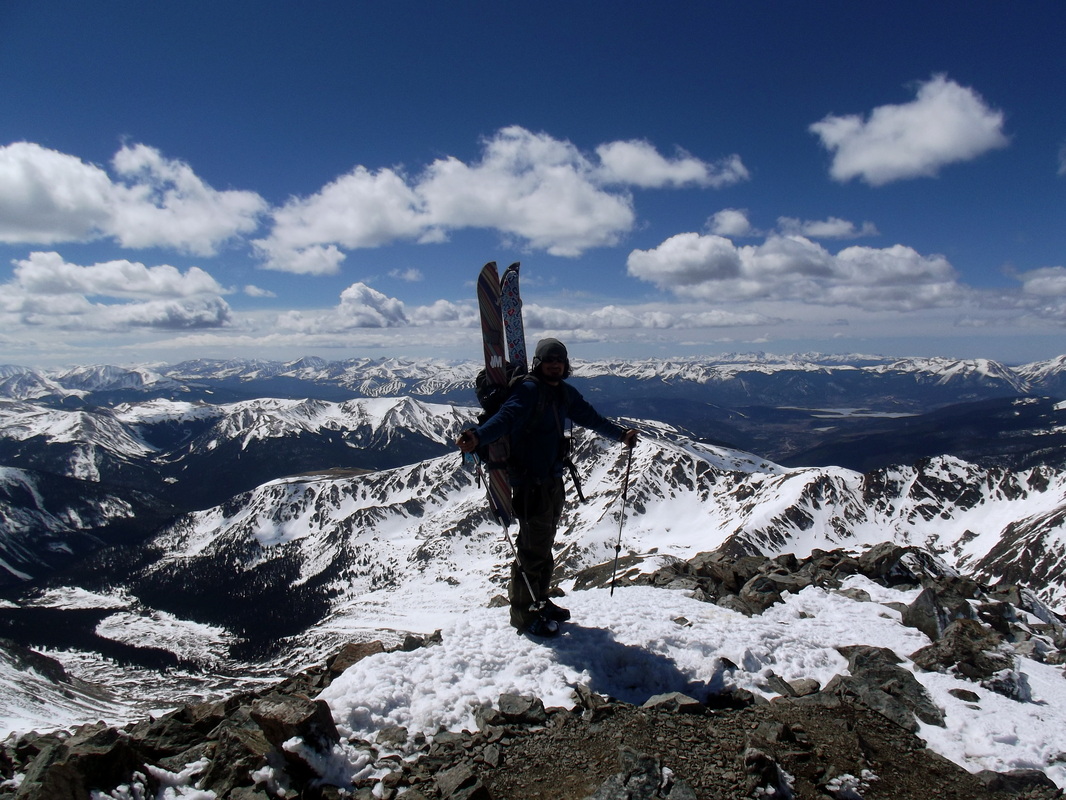 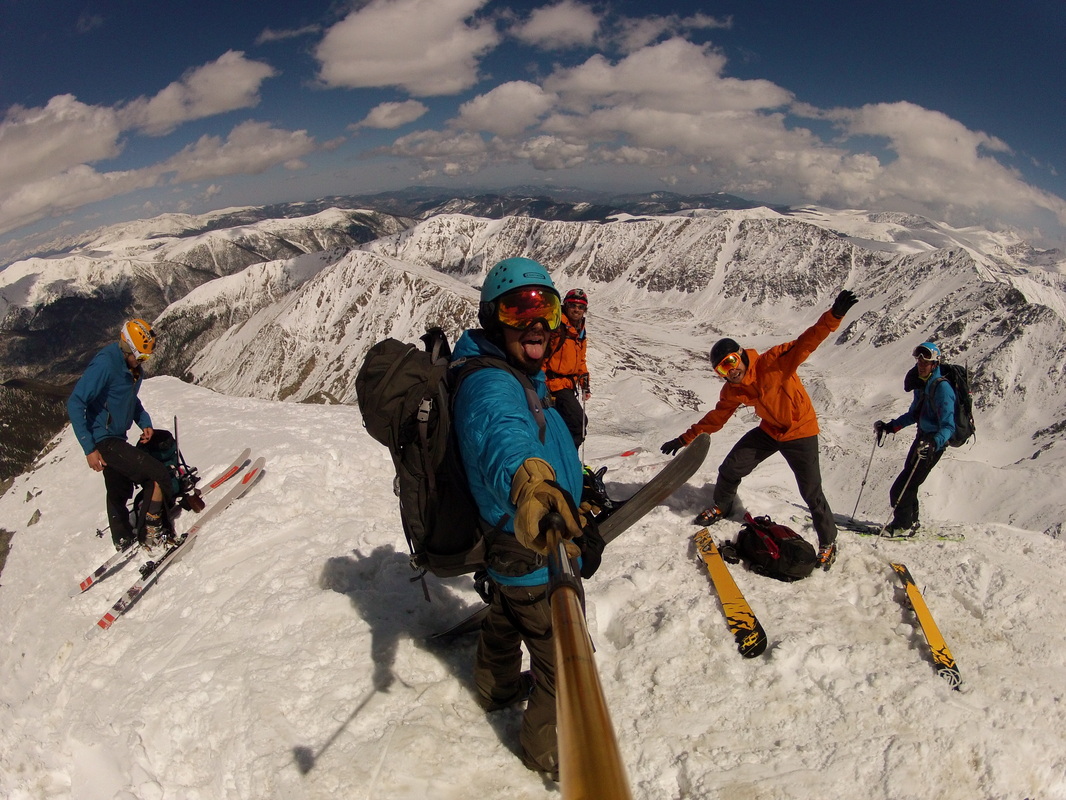 After a successful line and an exchanging of smiles for miles, we began the trip back to the car where we had a couple of cold ones waiting for us! Woo wee that is a fun one!!

WATCH THE VIDEO ... A DEAD DOG