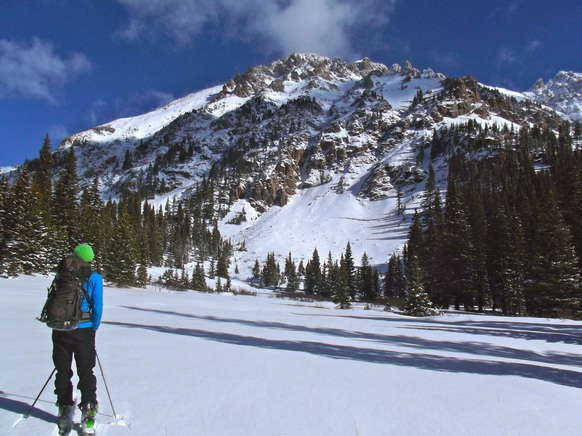 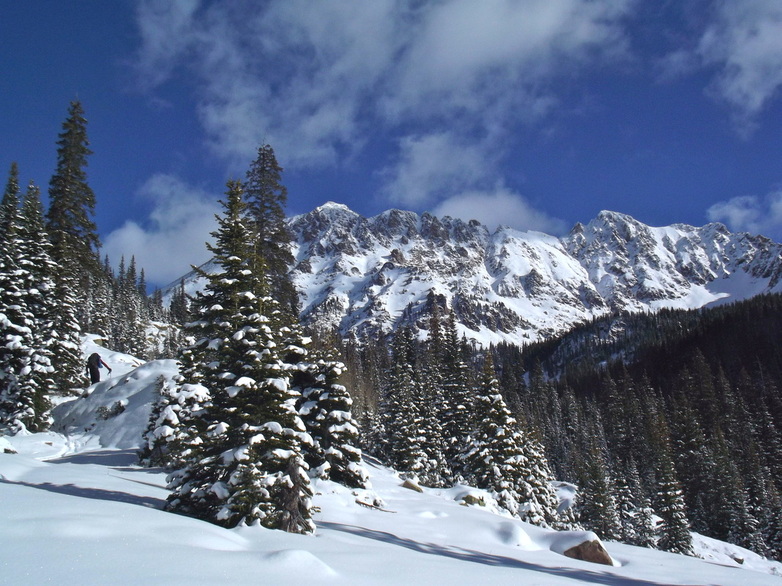 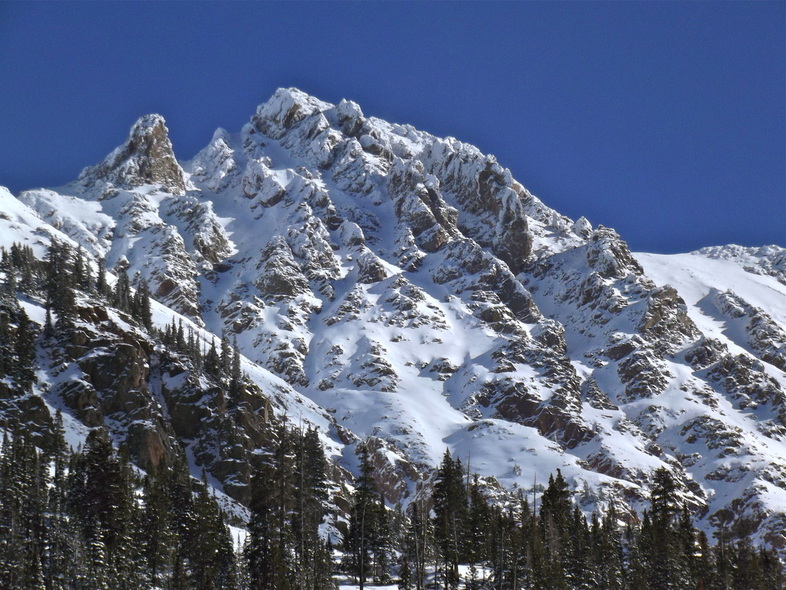 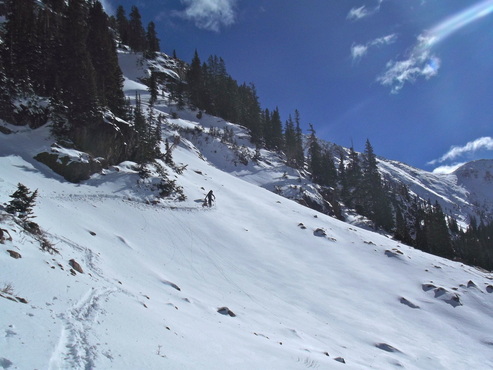 From the cabin we started to make our way to the base of the couloir. We were able to skin up most of the apron as it steepened from low 30s near the base to 40 degrees before entering the couloir proper. The snow was still a little shallow on the apron but deepened greatly as we got higher. Once we got to a spot where we deemed was good for a pit out came the shovel to see what had in front of us. What we found was about 2-4in of new snow on top of a thicker crust layer on top of facets on top of a nice thick consolidated base. In some of the more exposed areas the new snow was a in the form of a soft slab and this layer was reacting very easily. We had failure on the facets below the crust but it took a lot of energy to initiate, it did not propogate on the ECT and it was very variable at that. We concluded that if we went on we would expect have alot of sluff to worry about from the top layer. We were willing to accept that risk. So onward and upward we went into this pristine couloir. As we got deeper in the snowpack became even more bomber from its sheltered state. The couloir was a sustained 40 degrees plus with the crux of the line measuring at 50 degrees! Beautiful, deep, powder filled, walled in, steep couloirs. Drool..... The booting up the couloir was quite a pain in the ass for most of the climb. Just imagine wallowing in chest deep snow on a 40 plus degree pitch. Yea it was a bit taxing but the reward was worth it. 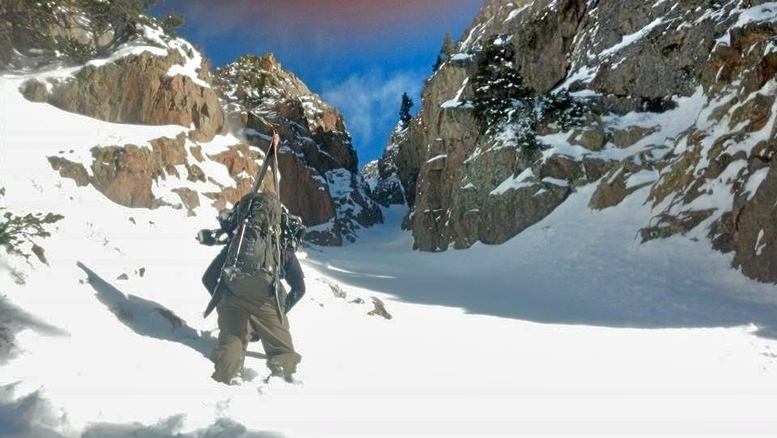 this is about where we dug the pit 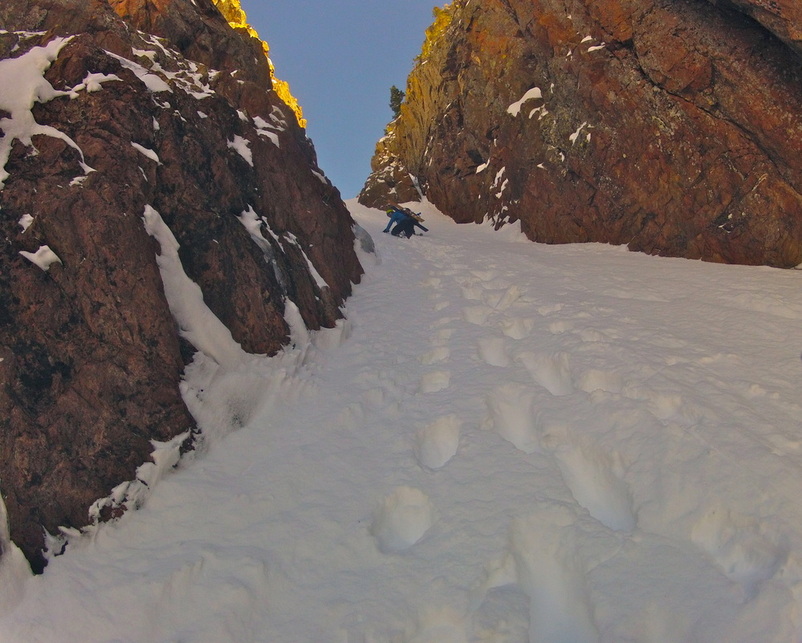 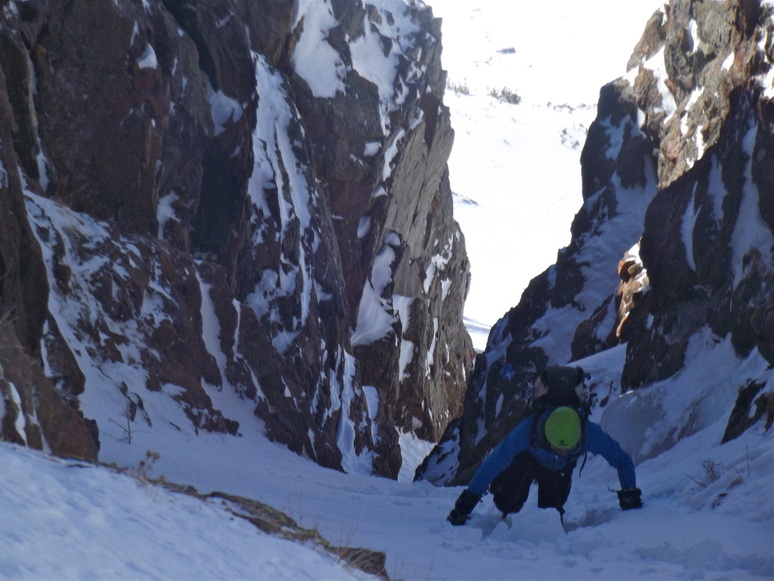 looking down above the crux choke 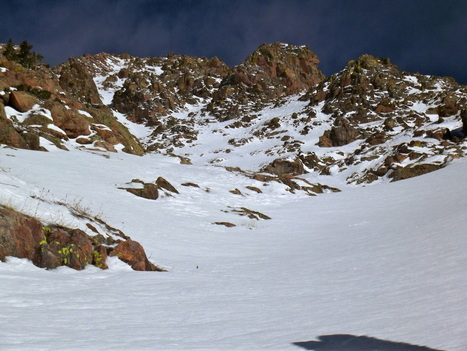 the remaining route to the summit

Once we reached the top of the couloir proper the pitch opens up a bit and becomes more exposed. My initial plan was to climb and ski up as high as possible and boot the summit but with time working against us and my fatigue from no sleep kicking in, we decided that we would just drop in and ski the couloir. That above all is what we wanted to ski anyways. So after a quick transition and a discussion of how we wanted to ski it, it was game time! 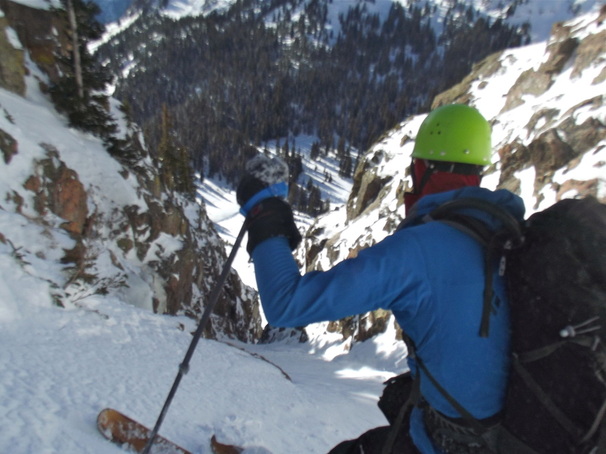 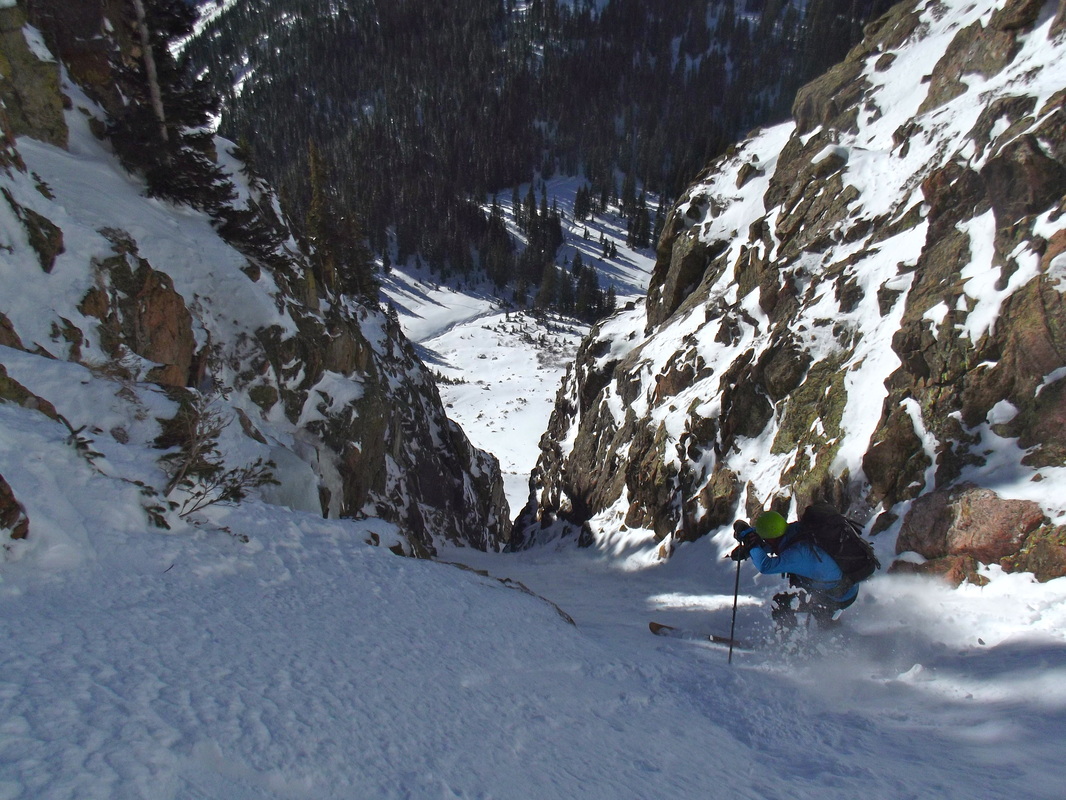 What dreams are made of.. 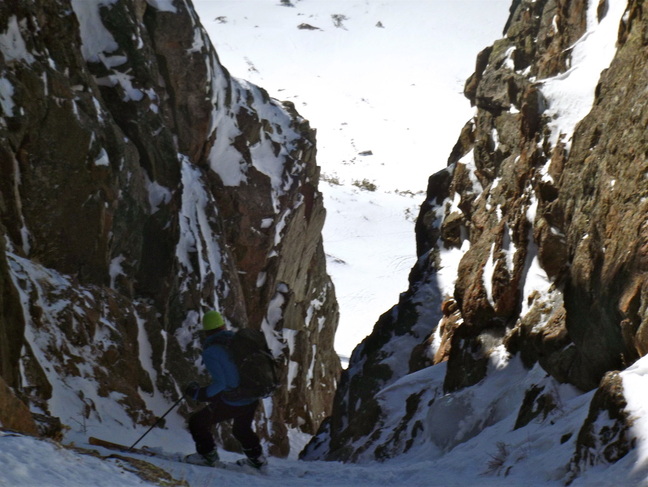 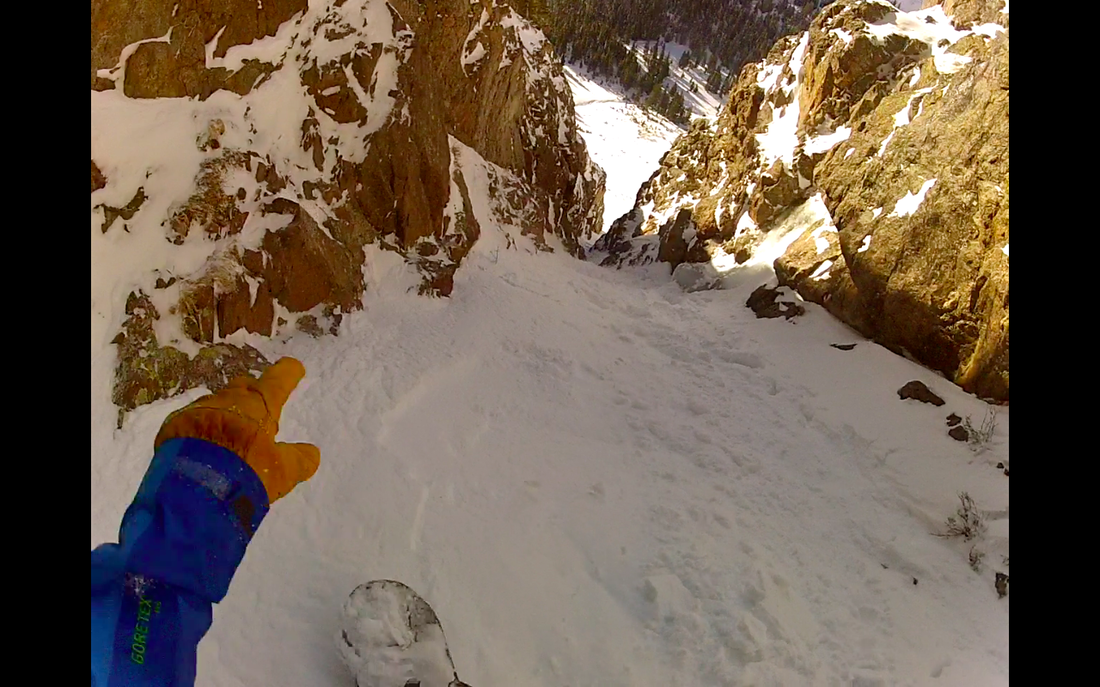 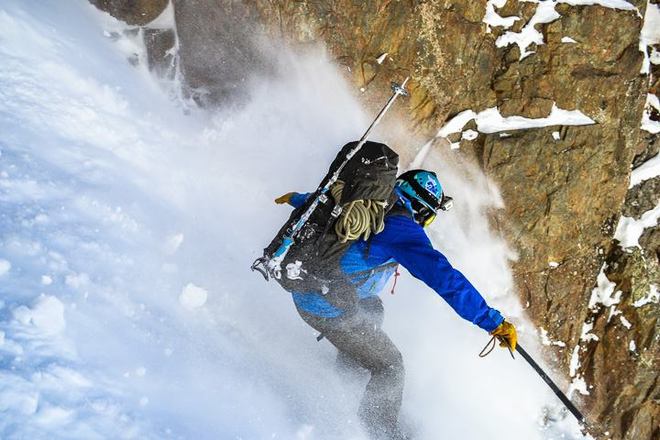 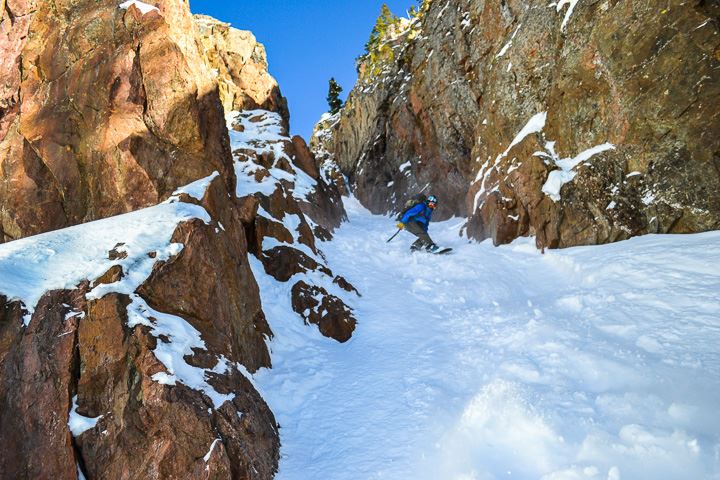 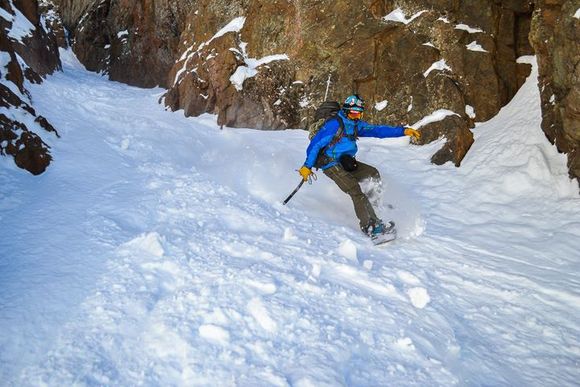 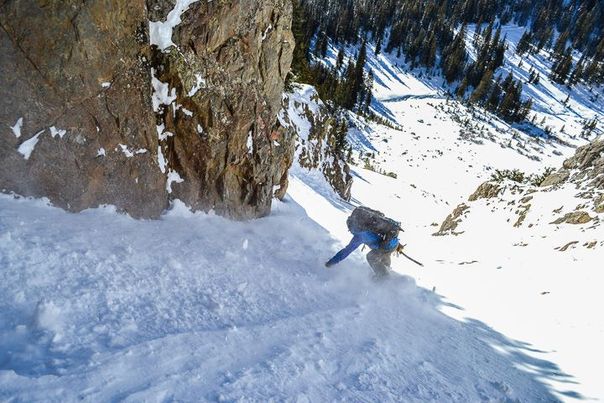 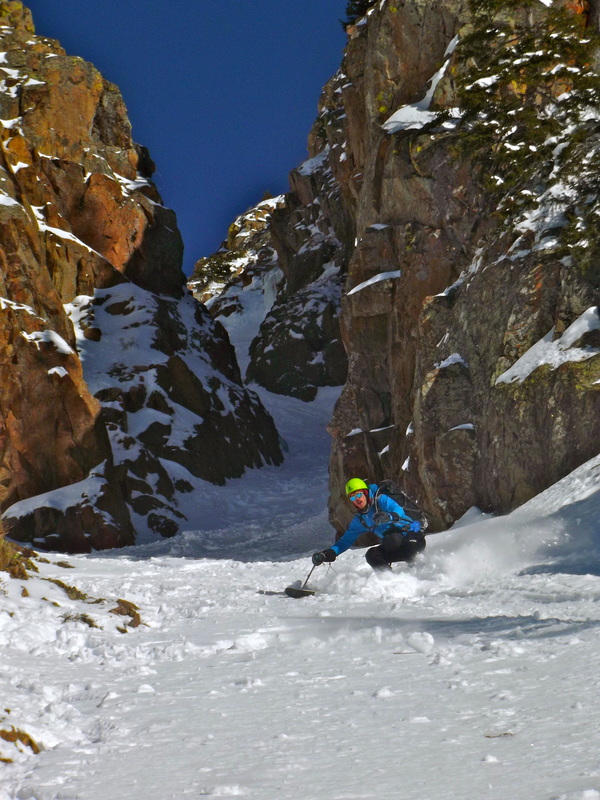 What an aGOREable day!! We were both supremely stoked to ski that line. And so after a quick exchange of fist bumps and smiles we made quick work of the 4 miles back to the car. All the while, scoping lines for the next mission in this zone.... 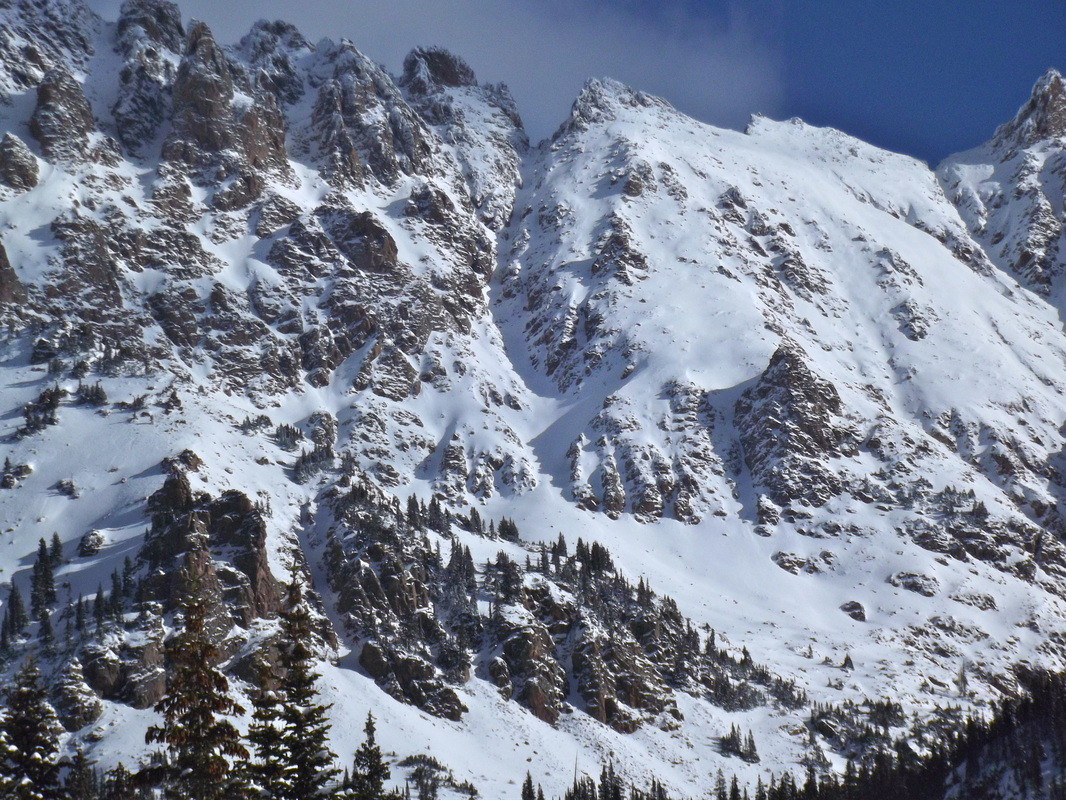