photo by Stan Wagon @ stanwagon.com Sacred Buffalo is the south summit (left summit in photo) of Buffalo Mountain. We skied down the SE face and down the large avy path of 1986. 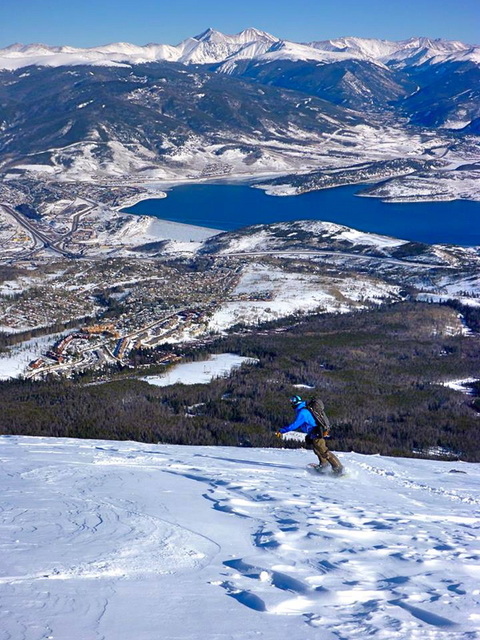 
"Buffalo Mountain is the massive sleeping guardian on the south east edge of the Gore Mountains. It is situated to guard the wild environs to the north from the eyes of civilization, yet Buffalo's slopes are spied by millions along the I-70 corridor. Indeed it is the first Gore Range summit visable when descending I-70 west from the Eisenhower Tunnel. For this reason Buffalo may be the most well known Gore Range summit. Buffalo Mountain rises spectacularly above the communities of Silverthorne, Dillon, and Frisco. In the winter time this mountain is graced with two very prominent avalache paths that are visable for many miles.

Buffalo Mountain may resemble a sleeping version of its namesake but it does have some serious aspects.The north face rises dramaticaly above Willow Creek and this side may indeed have Buffalo's horns. The main summit region is a rolling talus tossed tundra. Just to the south of the true highpoint the ridge narrows and becomes a very short, sporty scramble to the southern sub-summit Sacred Buffalo."- summitpost.org

Beautiful day near the TH. 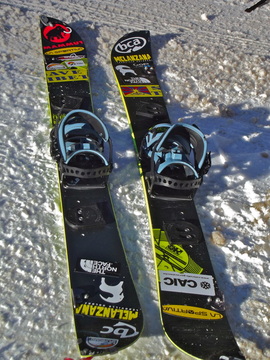 Who doesn't like taking a picture of their setup?
Finally a break in the weather with a high pressure system moving across the state. I have had at least a handful of tours since a nice weather day so I was stoked to get out and soak in the rays today. In light of my last tour and the recent amount of avalanche activity across the zone, we wanted to keep it safe while still finding a nice line up high in the alpine to ski. After talking to Frank who had skied the avalanche path a few days prior, Greg Dumas and I decided that a trip up to the south summit of Buffalo would fit the bill for a great day up high. Thanks Frank for your beta although it's never going to be an easy tour in the Gore thats forsure! We were able to follow Frank's skin track until about halfway up the avy path and then we were on our own. We found variable conditions while skinning up through the path and in the trees. We absolutely saw the windslab affect from the recent heavy wind events and we did have a fair amount of whumpfing and collapsing. While in good communication we discussed our route plan throughout the entire tour while taking extra precautions to passing through open glades ect.. Once we got a little above treeline we dug a pit in an area that we felt was of good relation to what we wanted to ski. We found conditions that proved to be good enough to continue up to the summit, all the while taking in the breathtaking views around us. I had my first skin malfunctions of the season and was forced to boot up the last few hundred feet or so to the summit. We found ourselves at a little past 1oclock, 4 hours from leaving the car. We couldn't have asked for a better day to be high up on the summit of a Gore Range Peak in the middle of December!! 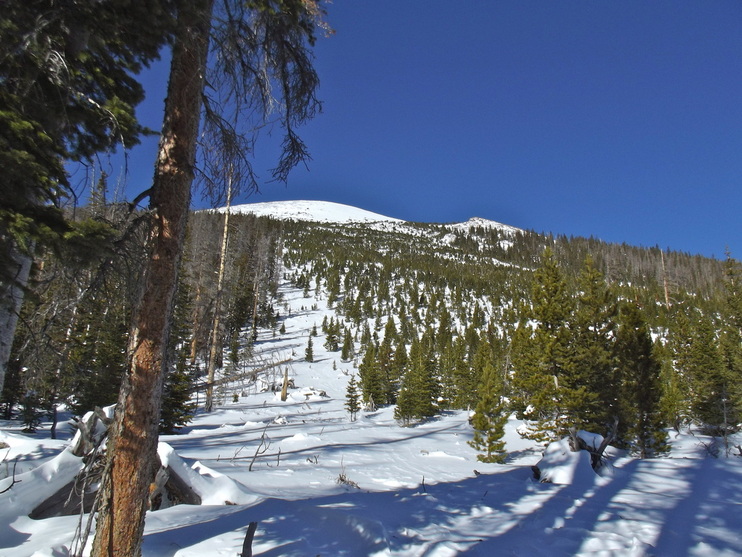 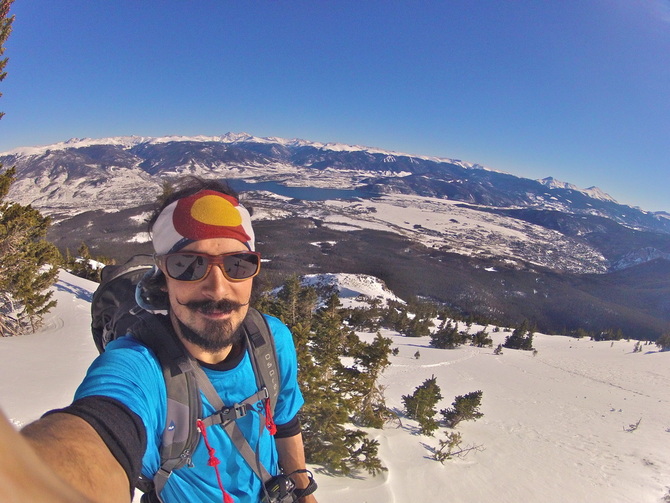 you gotta snap a gopro selfie with this view.. 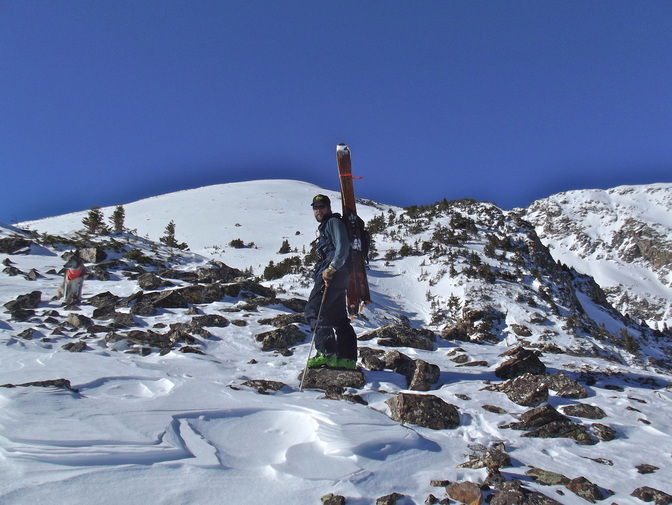 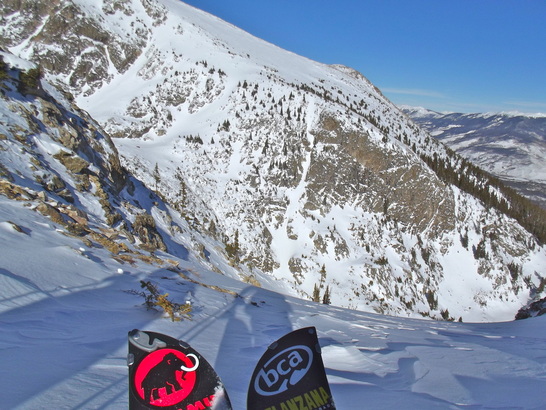 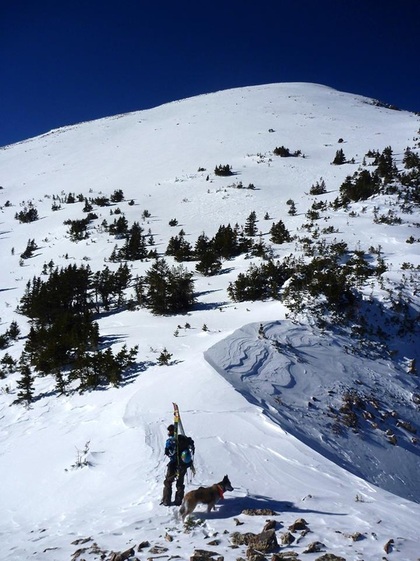 the upper portion of our route

Time to dig a pit 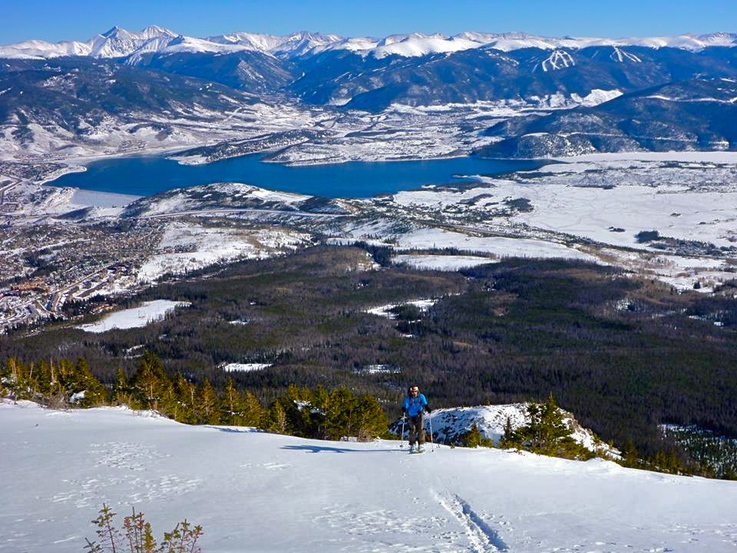 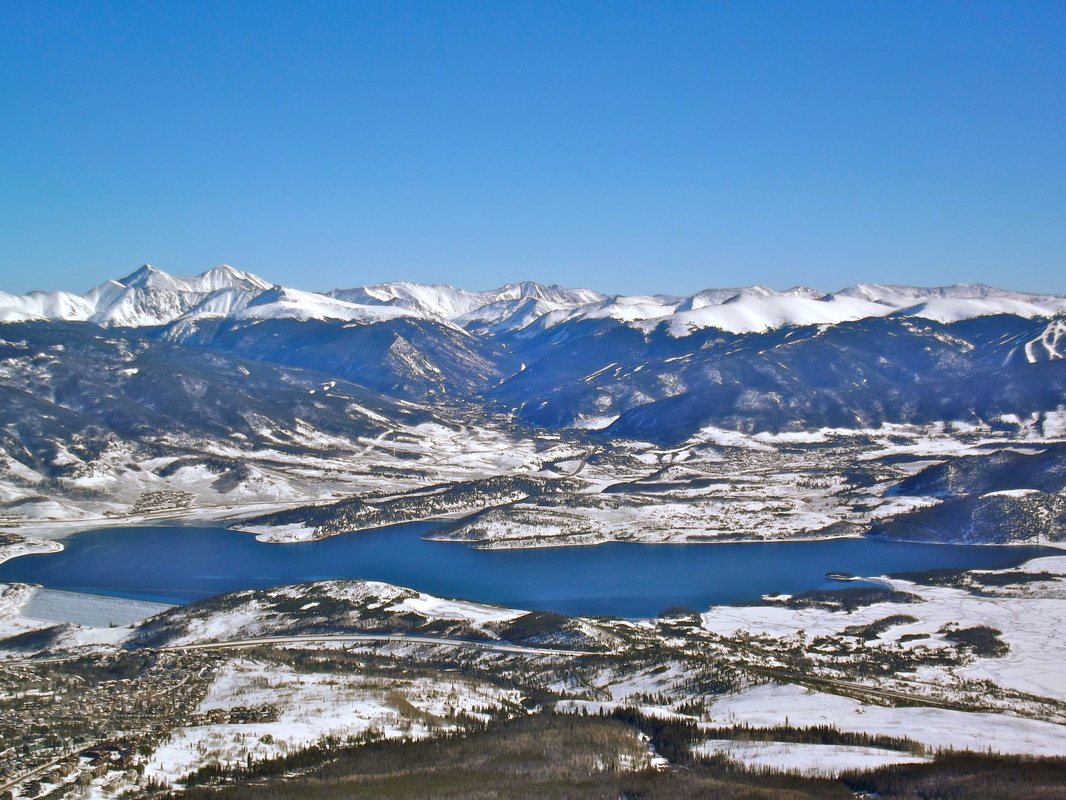 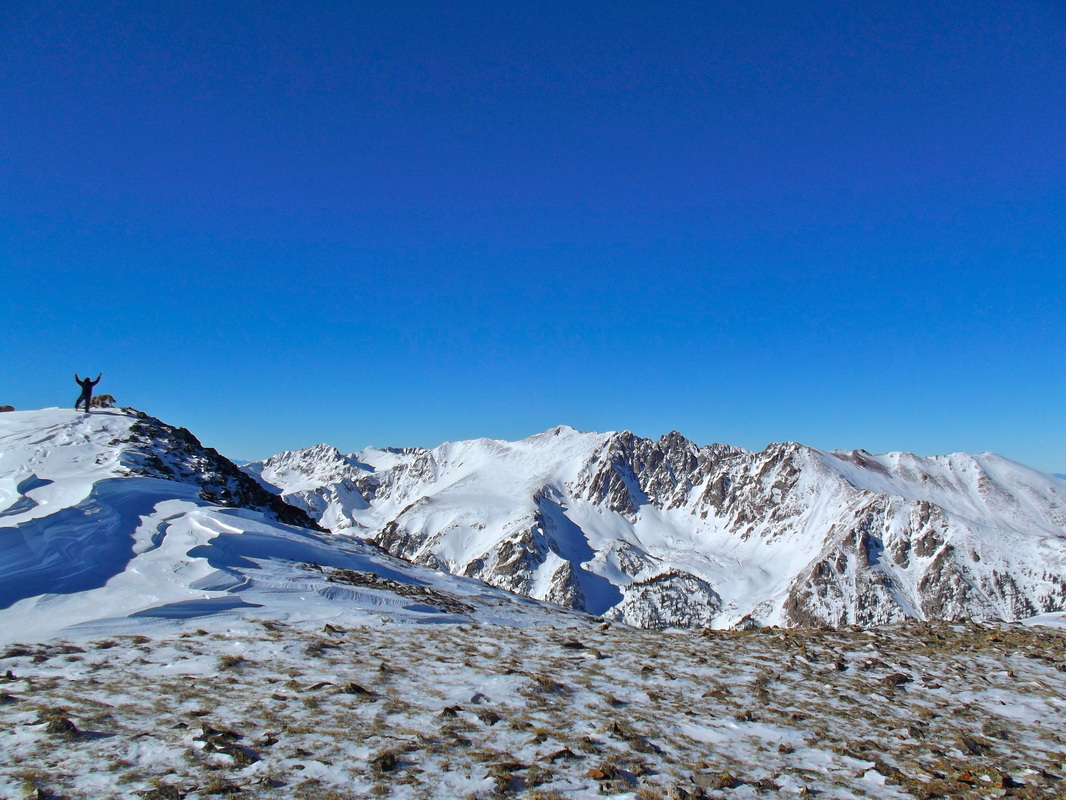 And we made it! Summit of Sacred Buffalo. Snow Peak, Grand Traverse, Red Peak and Red-Diamond Ridge in the backround. 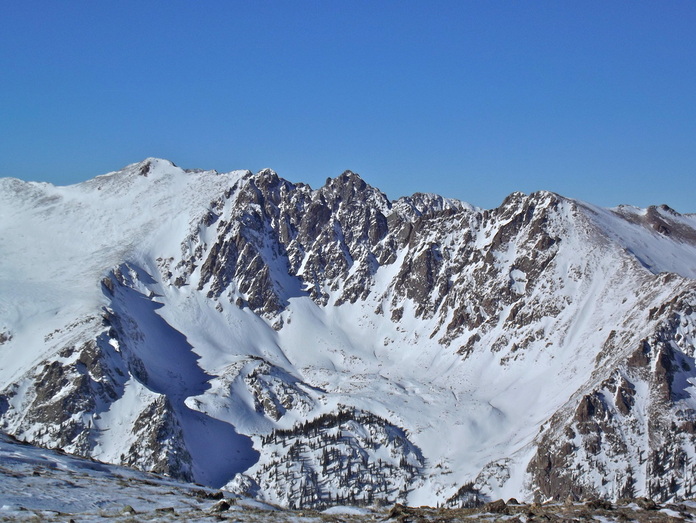 Perfect weather on the summit. Balto killed it 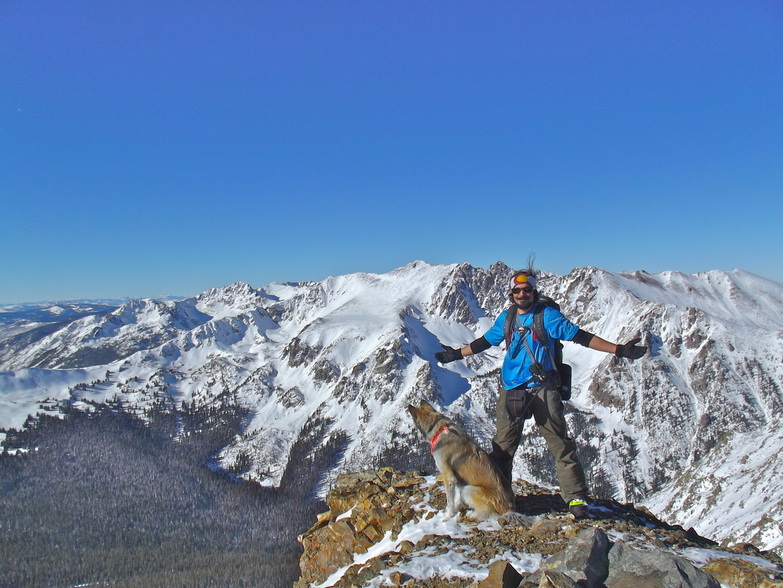 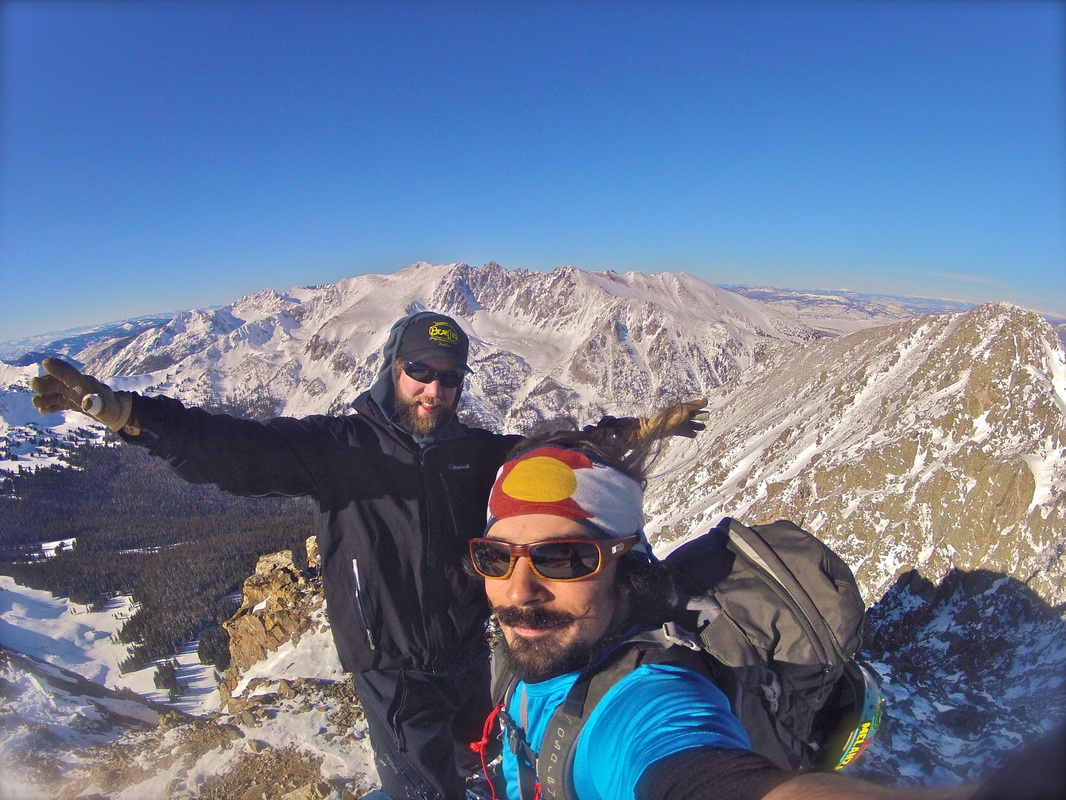 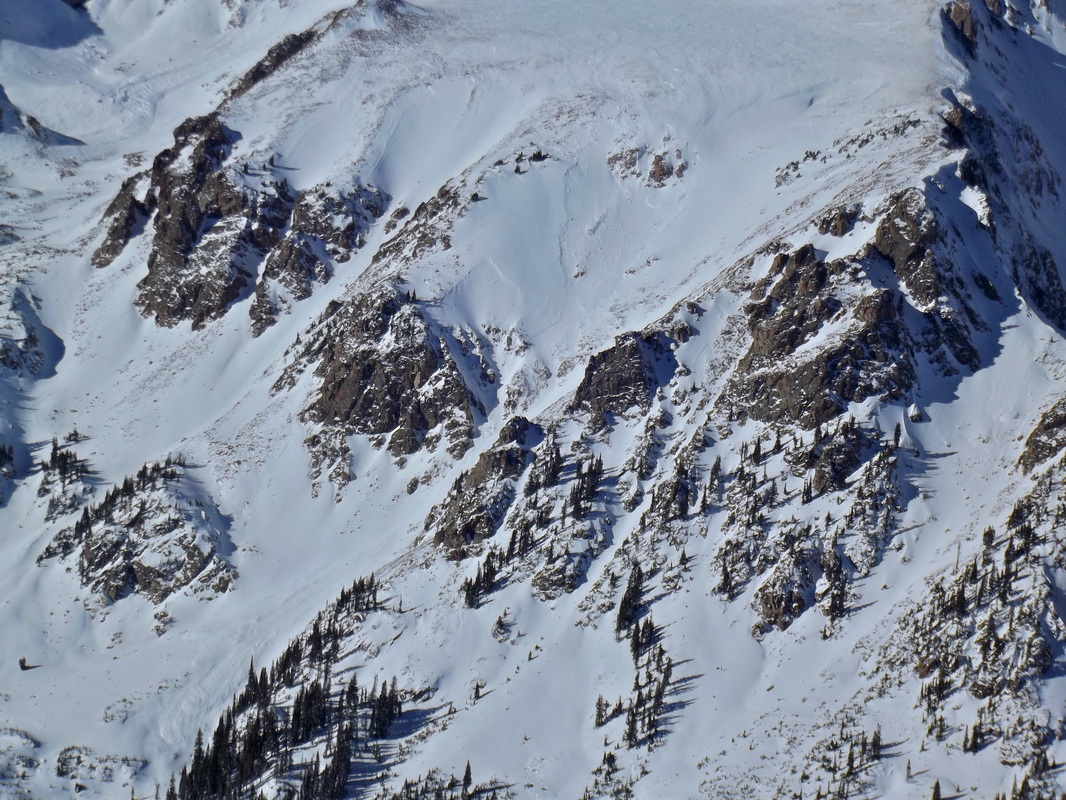 We got a good look at the slide I triggered on Red just two days ago.... scary shit! You get a good perspective of how long it ran. We saw other natural slides around the area as well on east-southeast aspects. Hopefully this high pressure system over the next week or so helps to settle and stable things out a bit. 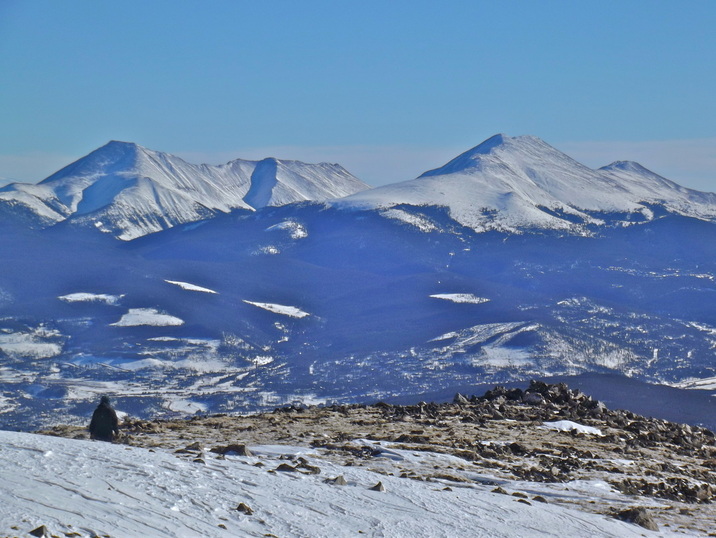 Ten Mile and Sawatch Ranges
With such great weather we could have stayed up there forever. Greg had to be back for work so after snapping as many pics as I could it was time to get to gettin and do some skiing! We found some great turns up high and it got more variable as we got to treeline and lower. What a perfect day with great turns on an aesthetic line! 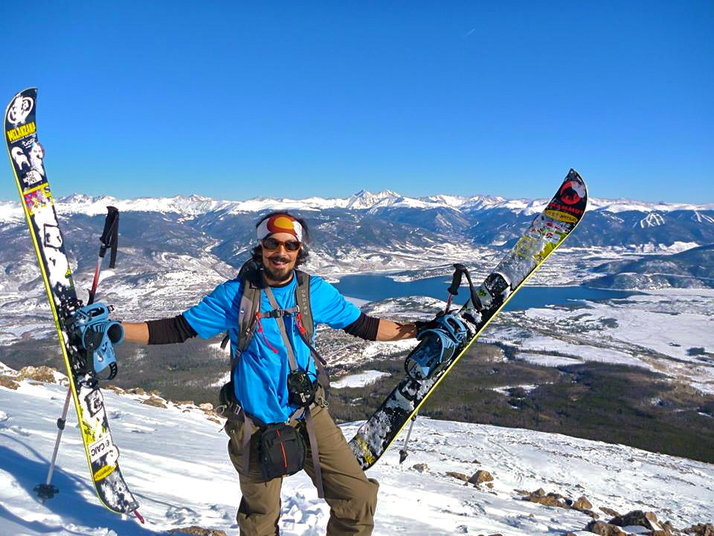 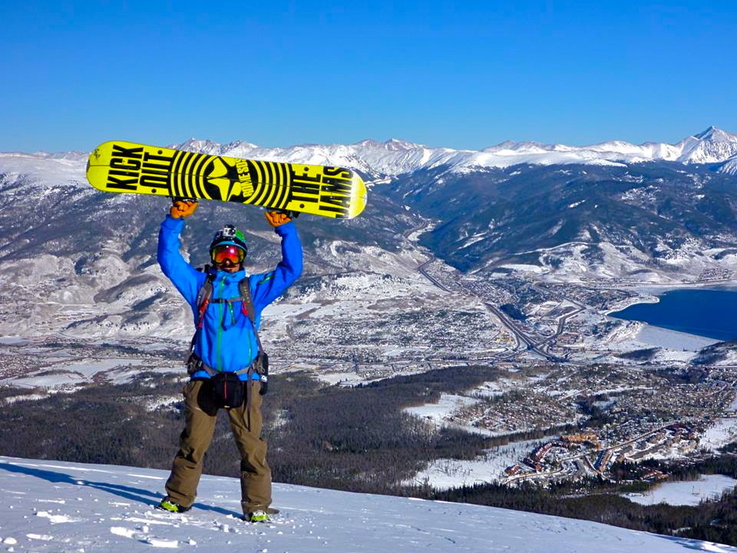 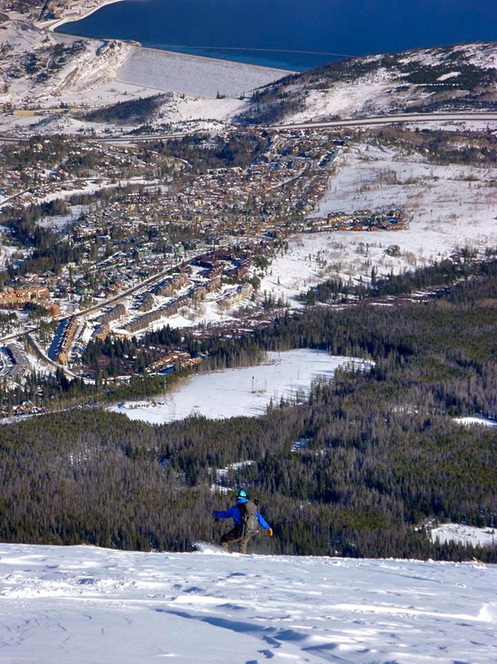 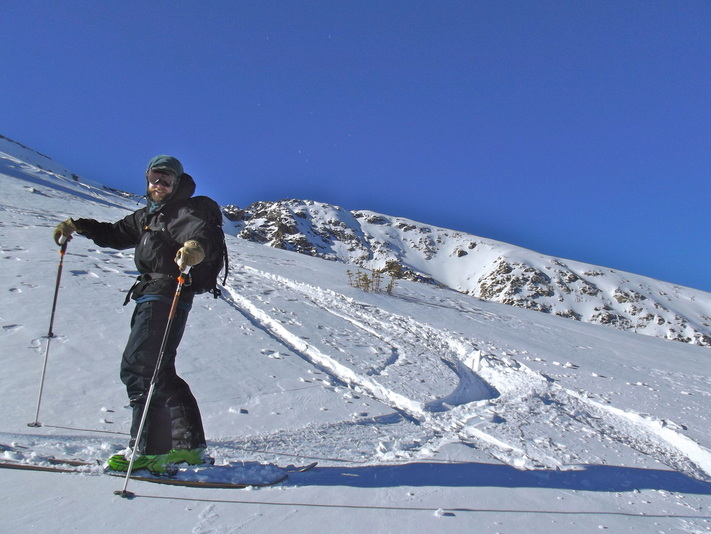 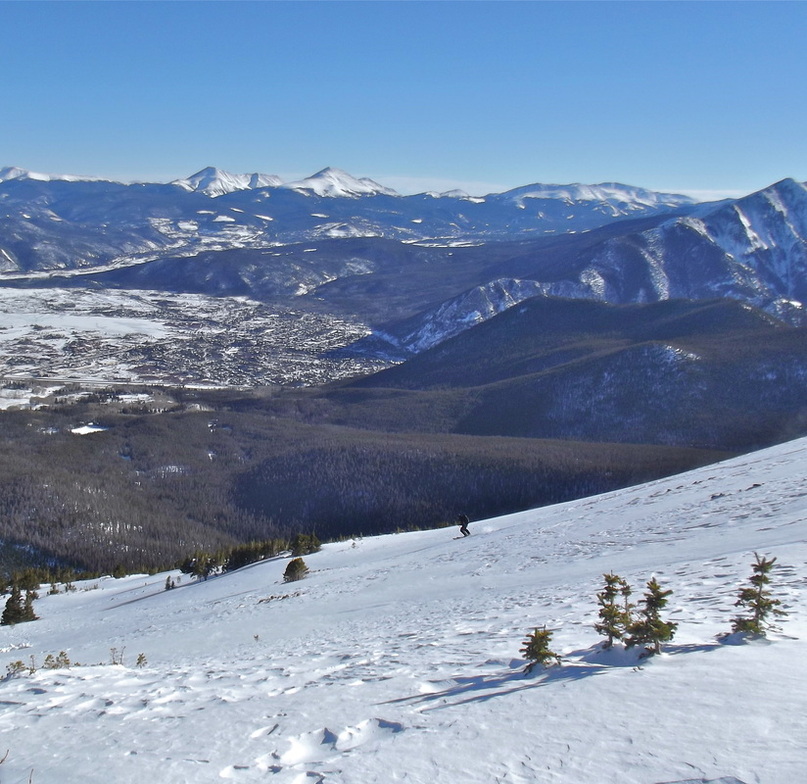 Super stoked on a successful mission on such a bluebird day! Thank you Sacred Buffalo for allowing us safe travel on this beautiful day! 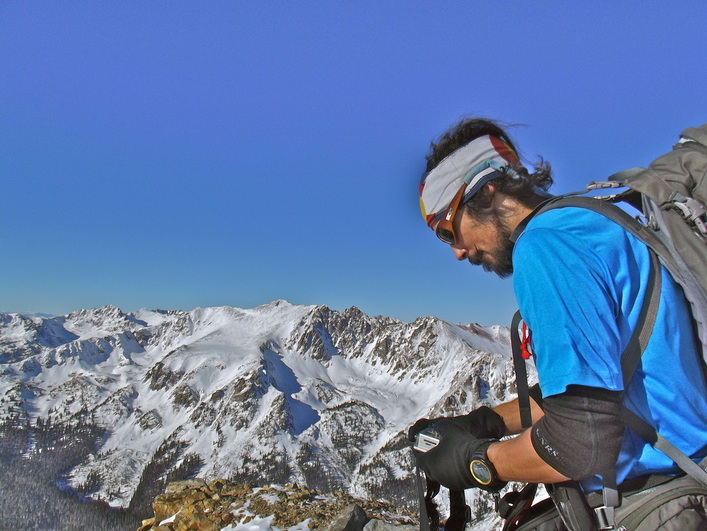